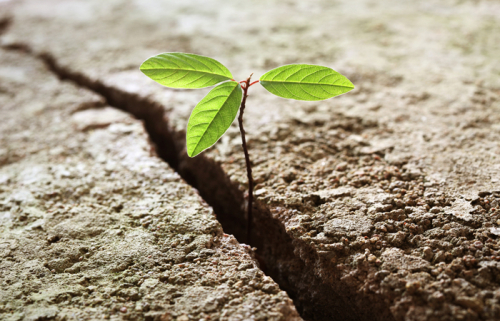 At long last, I am slowly emerging from the viral swamps. Wednesday I went out to the local grocery store for a quick trip (I was sooooo bored:). Thursday was the last day of my steroid series of pills and also the scheduled weekly meeting of Faithful Circle Quilters (which I have belonged to since 1987). I very gladly went to guild from 10 a.m. until the end at meeting at noon - usually (of late) I go to lunch afterwards with a subset of the members but, that day, I decided to minimize the potential damage due to low energy and just go home. I think it was a good thing as I spent much of the afternoon asleep in my cosy armchair. LOL.

Yesterday my friend Barbara and I got together for lunch (Corner Stable in Kings Contrivance Village). Wednesday had been Barbara's birthday and I _thought_ I could give her the small gift I bought for her (but, true to form, could not find it  in my chaos). Lunch was delicious - Barbara had the baby back ribs and I had pulled chicken (barbeque to non-southerners:) sandwich with fries. Yummy!

Afterwards we went to Barbara's house for an afternoon of sewing. I took along my crazy quilt block to work with ... I was unsatisfied with the border I had attached so I took it off (set all the extra pieces of hanky aside in reserve to think about exactly how I want to use them). I had gotten my next homework assignment from Kathy Shaw which was to attach a 'lace' piece to two seams in the block.

Of course, when I was packing up my stuff to meet Barbara, I could not find actual lace bits so I picked up some tape braids and doilies that were at hand to ponder. I worked for a half hour or so trying to fit the doily bits into my block but they just would NOT go ... eventually I chose two of the braids to use: 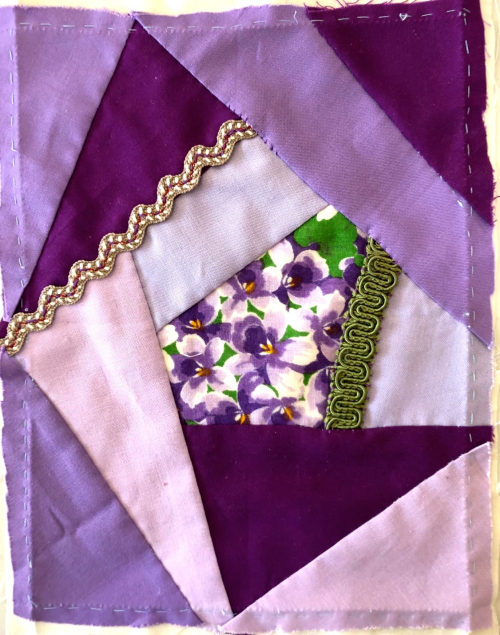 Since I had already pieced my block, I had to  pick out bits of the seams to tuck the braids under (which annoyed me, honestly). I plan to cover the now-visible seaming stitches with embroidery later. Sigh. I dithered quite a lot over where to place which braid ... and then just chose an arrangement (had to get tough with myself:). After I took this photo, I sewed down the center of that rickrack with a purple thread which did help the red to blend into the block better. I really like the vine-y embroidery on that rickrack (came that way) and hope to embellish it with flowers somehow to take advantage. :) I am picturing beads (maybe gold - the color - bugles or white pearls) tacked onto the green braid. :)

Barbara was feeling a bit at loose ends as we got started but then settled down to work on her Bonnie Hunter Good Fortune project. She got quite a lot of four patch units sewn together (I was admiring her little swirled seam allowances on the back:) ... and then joined bits to make one of the alternate blocks. Barbara used purple (red violet) and chartreuse in her alternate blocks (Bonnie used green and blue) and I REALLY liked the result. Should have taken a photo. :)

After I finished working on my crazy quilt block, I took out my punch needle flowers and finally finished the background embroidery. I need to wash, block and finish the piece now. (Again, no photo). I talked to Barbara about what to do with my bit (about four by six inches in size) - originally I had thought about making it into a tote bag pocket or maybe zipper purse. I think I will make a small wall hanging by framing it with fabric (Barbara suggested a real frame), though. I know how to do that easily and I really want to finish it and go on to the next one. :)

Last night was blissfully quiet - Skip and Hugh went grocery shopping and I just read a book in my comfy corner. Sunday afternoon (tomorrow) is the monthly meeting of the Baltimore modern guild and I really want to go (besides the fact that I'm the recording secretary and I _need_ to go:). So I am giving myself today to 'lay low' and rest. I am, technically, well now (rarely cough and only have had to use my inhaler once in three days) ... but my stamina is much reduced and I don't want to catch something else as I heal. :P That is my common pattern when I've been really sick - jump back into daily life too quickly and vigorously and then catch something else because my immune system is not decently recovered. Sigh.