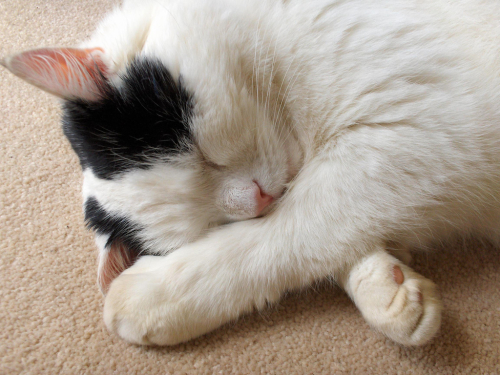 I feel as though I am being lazy today ... though we have actually done things. :) The weather is glorious on this long Labor Day weekend. Temps in the 80s, low humidity, blue skies ... happy smiles. :)

Skip and I went up to the CarMax in Ellicott City early this afternoon. I was startled as I had driven past the place innumerable times and had no idea it was there. :) I drove the Dart (suitably spiffed up at Atomic Auto) and Skip followed in the Bolt EV. I've never sold a car like this before - always room in life for new experiences, eh? We were there about 1.5 hours - an appraiser looked the car over, took it for a test drive and offered us $2000 for it. Sold! :) That covered our untoward expenses from the breakdown in Indianapolis ... and was plenty for a car with 106+K miles on it (even if it was only six years old:).

As we were leaving, Skip strolled past the Dart, sitting in their service bay, already price stickered and about to be driven into the sales lot. They put an asking price of $16,000 on it! I have no idea how much bargaining room there is in a car's posted price ... but that was a nifty profit margin, if they can get it. :)

Friday I met my friend Barbara for lunch at La Madelaine in Columbia Crossing shopping area. I was late because of two things - I stopped on my way out the front door to fill the bird feeders (five minute delay:) ... and I mistakenly 'remembered' that the restaurant was in the Overlook area when it was not. Add another eight minutes to my driving time (and a tooth grinding aggravation with myself:). I love their salad sampler - I had cranberry/pecan wild green salad, French onion soup and strawberries Romanov. Yum!

I spent my time that afternoon at Barbara's house, mostly doing math and thinking. Barbara is down to the bordering stage with her Ladies of the Sea quilt (the view of those sixteen ships sewn together was awesome!). She was putting up the bits to assess visually the design idea she had for the borders (not wanting to make the abundant floral applique borders on the original design). Her idea was wonderful and I fully approved ... though we did decide on some fabric replacements. :) You can see what we were working on here on her blog.

I took the prairie braid parts along to (hopefully) cut the sashing and borders to size. When I laid out two of the strips on the table with my chosen dusty eggplant purple sashing and the rich red-with-blue-flowers border ... there was a dissonance between the two fabrics that I just could not abide. We took down the Ladies and stuck up my braid strips on Barbara's big design wall to take a second look .... which did not improve my opinion.

I chose that sashing fabric and border when we were out RbRowing recently at Traditions of the White Swan in Hagerstown. I bought them without much reference to the braid strips, because I liked them and thought they would work. As I looked at my choices on that design wall, I kept thinking that the red border print was beautiful but might have to go for another fabric.

Barbara had a different thought - she didn't like the purple print (which I adore and was clinging to, mentally). It didn't take long for me to agree with her - she thought I should sash and border with the same red print, essentially floating the braid strips on a red background, and saving the purple for another project. So ... that is what I am doing.

I did a little math and decided that the two yards of red print I bought were _just_ enough to do the job. Whew! I tore my sashing and border strips (a little big, to be pressed and trimmed to size) lengthwise from the two yards. Partly because I can tear straighter than I can rotary cut ... but also because the entire length of each braid stripe's edge is on the bias and the lengthwise grain of my sashing will stabilize them. A productive afternoon, in all. :)

Other than sell our third set of wheels today, I have mostly lazed about ... reading, taking an afternoon nap, puttering at my sewing machine (trimming the edges of my braid strips to be even, preparing to assemble the bits into a quilt top:). I am feeling like a lady of leisure this evening. Grin!

I want to write some letters and do some small household tasks tomorrow. Other than that, I will be at my machine if you need me.