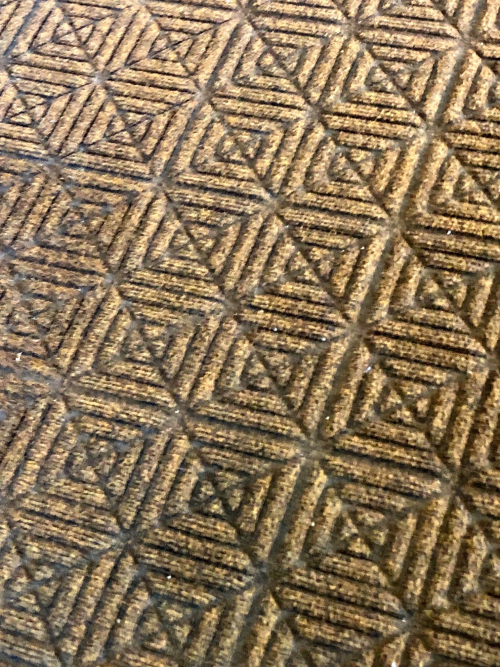 Remember that song? :) Catchy refrain, too.

Today has been quiet, even for us. Lazy blog reading, streaming a batch of very old NICS episodes (gosh, it creeps up on me how much things have changed; the early 00's don't seem that long ago but it _has_ been almost 20 years:), general idling about. :) No sewing, yet (the afternoon is not even half over:).

I saw the carpet above when I was out and about earlier this weekend (CarMax?). I think it would make an interesting quilt pattern (likely already has been made into one:). I am picturing it in saturated colors with black or dark gray banding along the 'seam' lines - like stained glass. Maybe with some ombre coloring thrown in?

I also got a pic of this nice bush (Friday?) as I went to lunch one day: 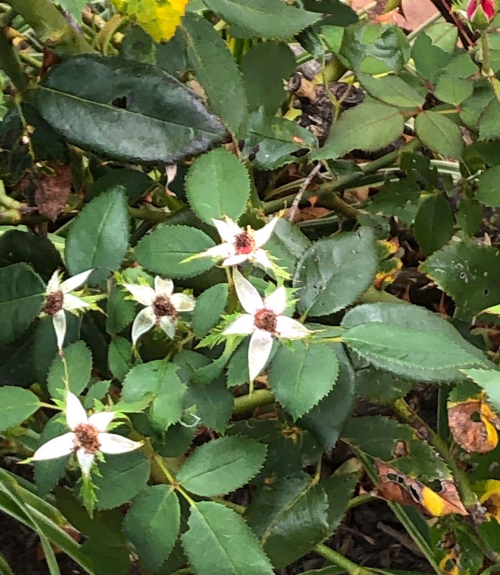 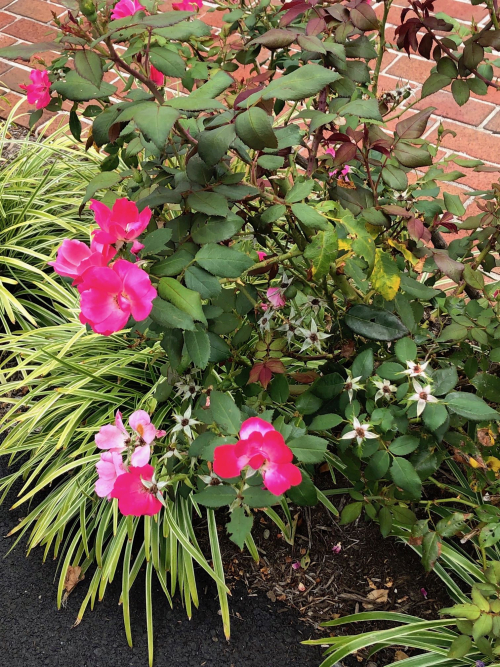 Late summer issue of your basic bush rose - sturdy plants, drought and pollution resistant. I like the star pattern made by the sepals after the flower petals have all fallen. Nature is full of five pointed star designs if you look for them. :)

Apropos of nothing in particular, I read this earlier this week in one of my science digests:

... "The survey suggests that across animals, carnivory is most common,

including 63% of species. Another 32% are herbivorous,

while humans belong to a small minority, just 3%,

The study was a huge one, all about the evolution of various energy intake modes and how one might develop from another. I was startled how few species are omnivorous. People, dogs, bears ... what else? Some birds ... I am also surprised that as many as 63% of species can 'make a living' as carnivores - must be many, many more herbivores to support all those meat eaters!

Where my mind wanders off to when it is not occupied with daily stuff. Grin and shrug.

Guess I'd better get my ashes in gear and go sew for a while!