Home Archives Profile Subscribe
Hello October!
Where Am I? 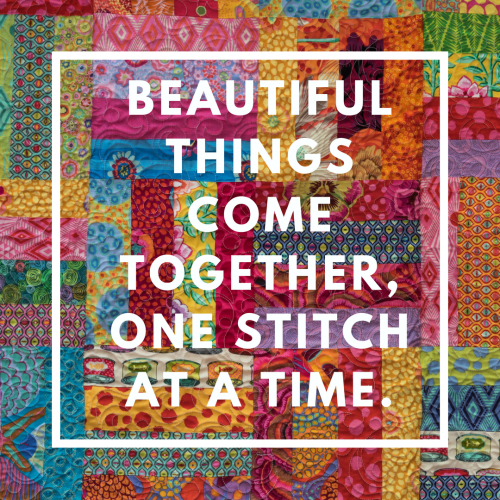 I spent the last four days in quilting bliss - at retreat with the Baltimore modern guild. :) Ever been on a quilting retreat? Someone else cooks and cleans, you eat/sleep/quilt/repeat. Heavenly! :) We met/slept at Pearlstone Retreat Center in Reisterstown, MD (click to go see it) ... but there are retreats in many places (click on the quote block above to see another one).

I took Blue (my Featherweight) along to sew with as my Nina is still on her spa outing. :) Also a number of fun things to work on. The most important thing in the sort term I had to do was to bind the quilt I am donating to Village Quilters for a bingo prize: 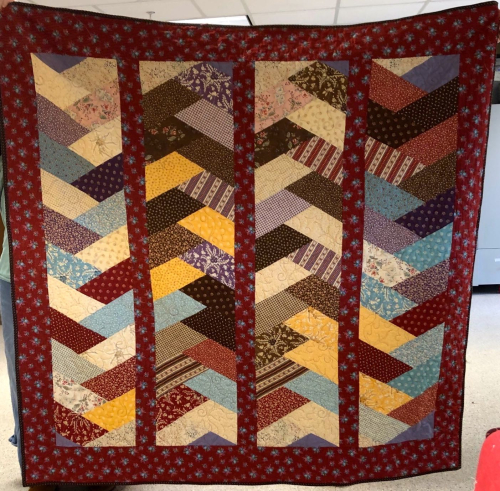 Here it is, being held up by quilty friends. A prairie braid quilt made using a layer cake of Susanna's Scrapbag fabrics from Moda. It's about 65" square - a nice sofa/lap size ... quilted by Daria Phair. Now to get it to the quilt bingo committee!

The major project I took to work on was a new quilt I've been collecting green fat quarters for ... and have been envisioning for several years, at least in bits. I will combine at least two Elizabeth Hartman designs (thistle and leafy) ... and maybe a third shape (pears). The thistle flowers are made with blocks I've asked for through three different block bees with the modern guild (Scrappy Mountain Majesty by Bonnie Hunter). The leaves for the thistles are just my 'eyeball' creations (i.e., I looked at a photo and made mine to measure) ... and the jungle-y leaves are from EH's new pattern Leafy. It will be a queen sized quilt when finished for OUR bed. :)

Here are a selection of thistle flowers (I made 12 out of the 15 needed at retreat) and two leaves for visualization: 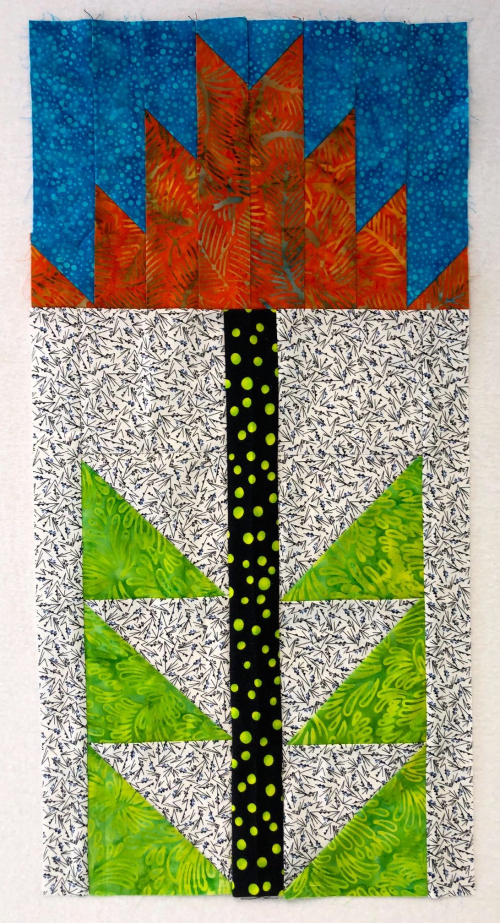 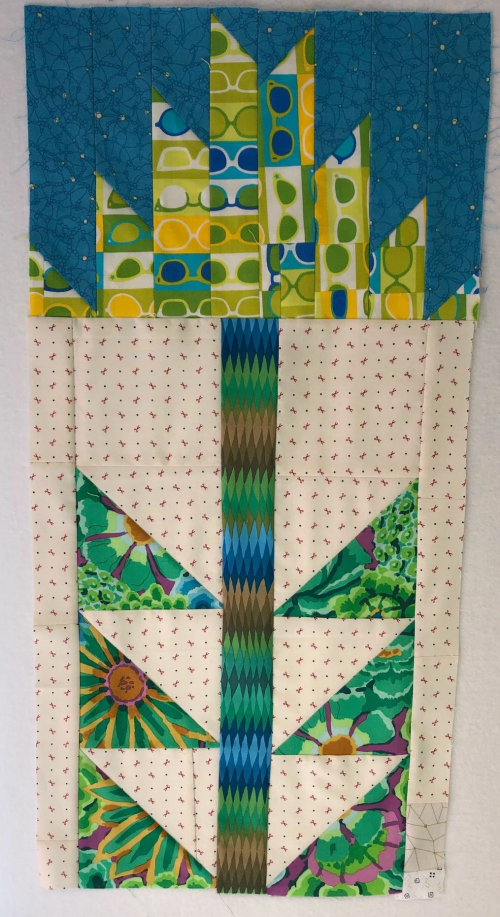 I did some assorted little bits while away, too. I made a block for the monthly drawing at Village Quilters: 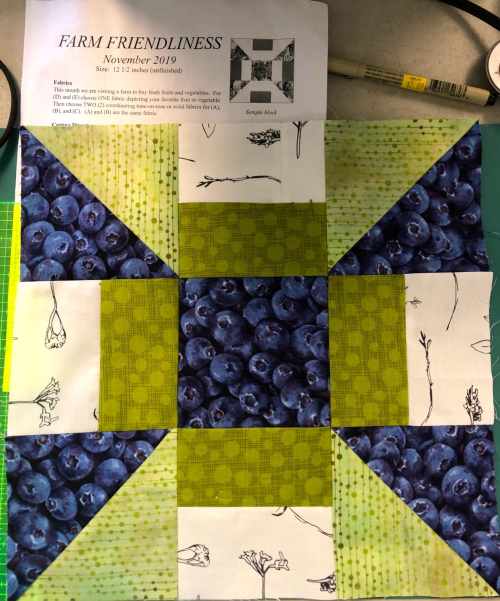 I made a block for bingo quilt number three for the modern guild (Crazy Daisy?): 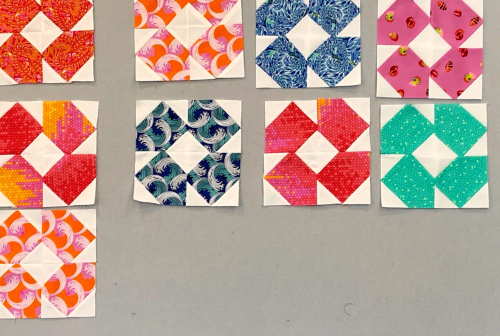 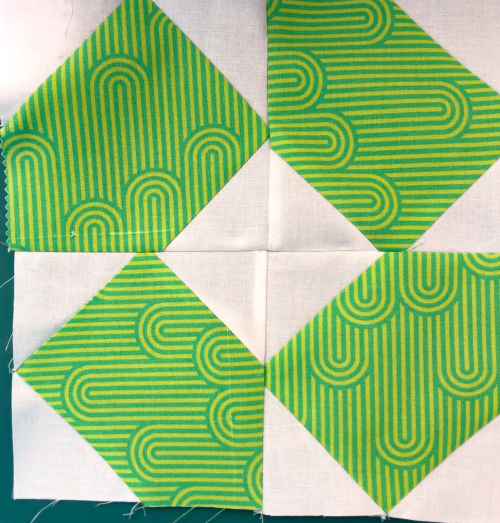 I taught a class on hand piecing ... here's the partially constructed Grandmother's Star block I sewed as my class sample: 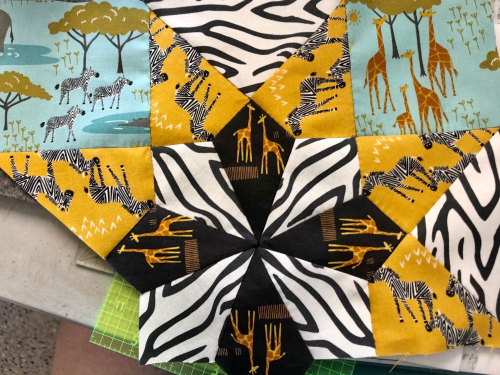 And I collected some more book blocks for the bingo quilt I am chairing:

One of our retreat committee members is really a busy do-er - she solicited a LOT of great STUFF for door prizes and our retreat swag bag. Here is some of what I got/won: 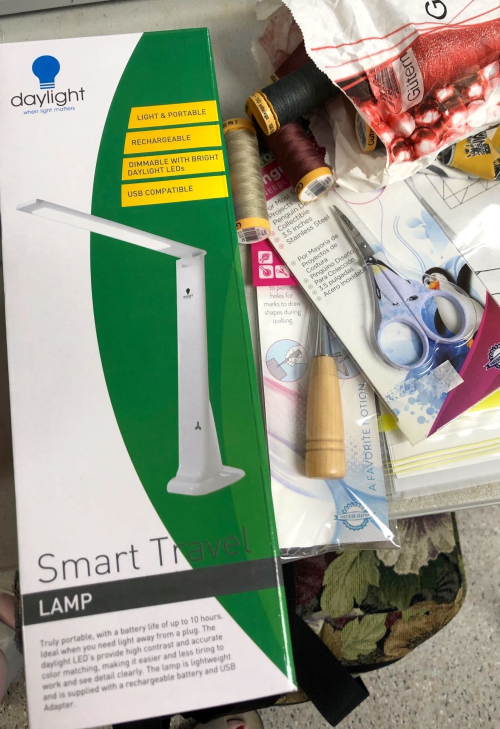 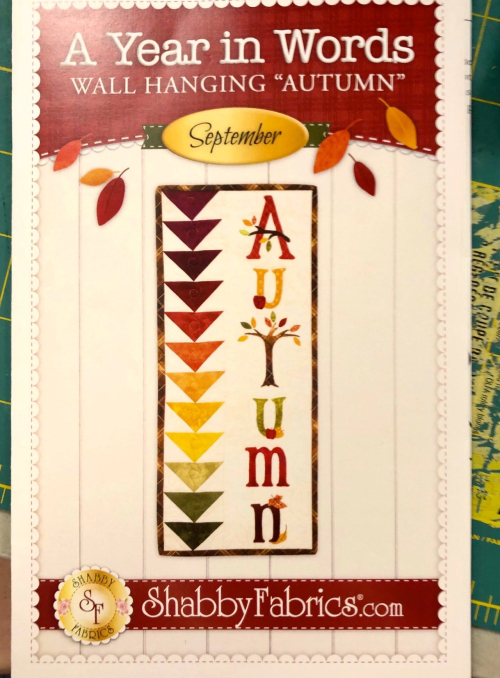 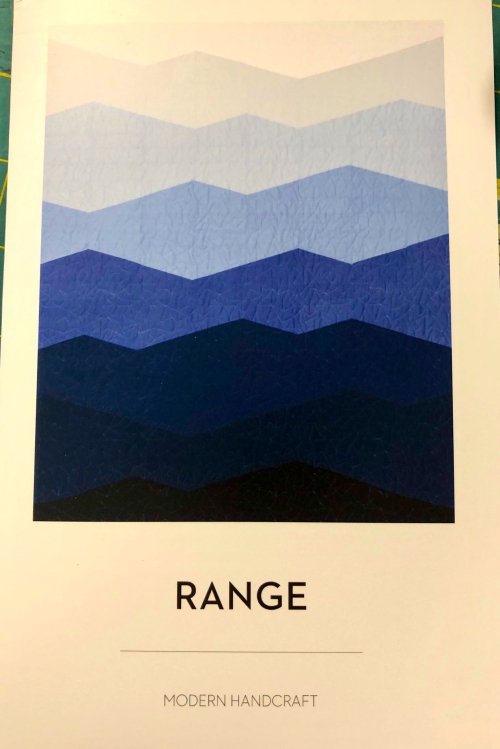 I'm pretty sure there is more that I neglected to photograph. :)

I've spent today pretty quietly, recovering from all the excitement (and the pulled muscle in my right lower back from lugging stuff - not a big deal, it will heal with a little medication help:). I get so pumped from being with quilt-y people for so long!