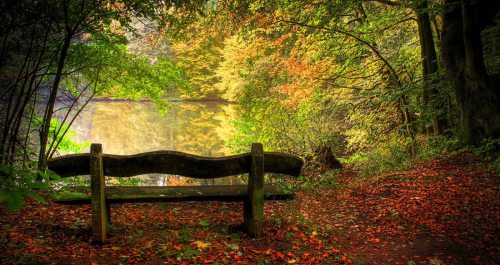 The past two weeks have been emotionally difficult for me. While we were away in Gatlinburg, my brother Jeff (who has been in a nursing home for the past two+ years with lung failure) became ill with yet another kidney infection and was sent off to the neighboring ICU. HE had been quite lucid and on breathing support previously but the nursing home staff told me this round of infection(s) were much worse. When he got back to the nursing home, he was confused and incoherent. I am receiving this news by telephone from his concerned nurses at the center.

Long story short, his kidneys failed and my brother, at the relatively young age of 63, died on Sunday afternoon, November 10th. The diagnosis/cause of death was kidney failure; because of the state of his heart and lungs, he was not a candidate for dialysis.

I went to Ohio to be with Jeff at the nursing home as soon as we got back from Tennessee. I was there from Saturday until I had to come home last Thursday. It's a nine hour drive from Cincinnati where he lived to my home here in eastern Maryland; for me, that is an entire day of driving. As it happened, Thursday was rainy all day and the trip was not very pleasant. :P I had to come home for doctor's appointments.

While I was there, Jeff never recovered full consciousness. He was somewhat responsive to spoken words and occasionally opened his eyes partially, but never was able to speak or respond meaningfully. I arranged with the nursing home to have Hospice come in and provide additional care for him (including a dedicated nurse who came in once or twice a day and reported on his condition to me). The hospice people were uniformly wonderful - kind, caring, gentle and supportive.

The staff as the nursing home was good, too. Apparently my brother (as one of the few coherent patients in his wing, and as the generally nice guy that he was) had many friends among the staff. Several of them came in to visit him while I was there and were clearly upset at his state of being.

I spent Friday and Saturday after I came home trying to make arrangements for Jeff's cremation and internment with my parents in Ohio (when he eventually passed). On Sunday was the scheduled monthly meeting of the Baltimore modern quilt guild; since I am still the communications chairperson until the end of this year, I was at the board meeting when I received a call from Jeff's care giver. He passed away at 3:20 p.m.

To say that I have been sad is somewhat of an understatement. I am a quiet griever and it takes me a long time to accept the changes death brings. Every time someone I care about passes, all the previous losses come back to add sadness to the current episode. Maybe that says something about my mental state - I don't know. It sometimes seems to me that adulthood includes a considerable series of on-going lessons in letting go. Sigh.

My sister is still recovering from her stroke this summer and really can't travel. Our youngest brother, Kevin (who lives with Doris), has no interest in more funerals. So, no services for Jeff. That does not mean we aren't missing him and thinking about him.