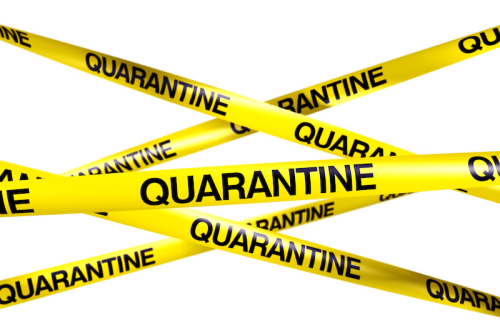 Honestly, I've lost track. :P I would have to drag out my calendar and count on my fingers to be sure ... but I _think_ this is the beginning of the fifth? sixth? week of quarantine. We've settled into a sort of routine here, Chez Schiffer - at least as much routine as any of the three quirky folks who live here can sustain. :) My husband and I are sleeping on opposite clock patterns - he is not able to sleep for more than three hours at a time right now ... so even if we go to bed at the same time (maybe three nights out of five), he wakes up in the very-early-morning o'dark time ... then naps in the middle of the afternoon. I sleep all morning and am only active in the afternoon (generally from 11 a.m. until about midnight:). Our son, right now, is sleeping at night, too, but unevenly. His body clock is as flexible as his father's. :)

The weather has been alternately rainy and sunny here. The temperatures are mild - I have known temps in the 80s by this time in April in years past - we've had mid50s to low 70s. Every beautiful thing is flowering (which makes allergy issues tough but is lovely to look at:).

Friday Hugh and I went grocery shopping. That was a challenge for me - we went to BJs Warehouse which is a typical big box store with hard concrete floors. I usually ride an electric cart (so glad they supply them!) .. but none of the three available actually worked on Friday morning so, for a change, I had to walk all over the store. That amounts to roughly three times as many steps as I have been taking recently and was _exhausting_ for me. Probably good for me in the long run, but difficult to recover from. Soon as we unloaded the car and put everything away, I took a nap. :)

I spent the rest of Friday and almost all of yesterday (Saturday) cleaning in my 'new' sewing room. I cleared away enough space to set up my machine and start sewing again. By the time I was finished Saturday afternoon, I was too tired to sew ... so I sewed today. YEAH! :)

It has been a long time (by my standards) since I used my Bernina ... setting it up to sew felt like visiting a homeland I've missed. :) Took me a comparative age to get it all ready to go. My first assignment was to make the April block for the Stash Bee (hive #4) I'm in: 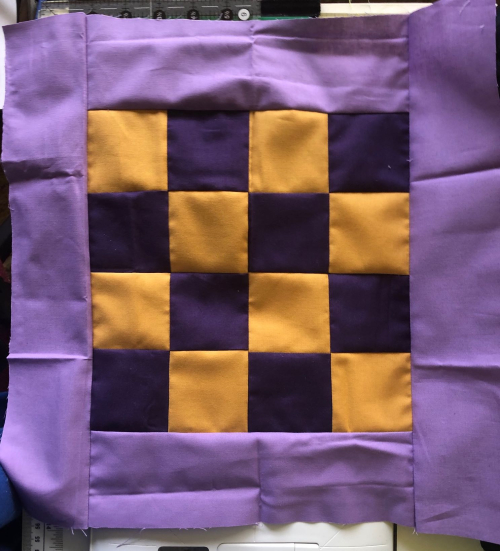 I didn't even press the block before I whipped out my phone and took this photo. :)  This month's Queen Bee asked for bright saturated solid fabrics in her block - I hope she likes this. The only solid fabrics I have in my stash are left over from my temperature quilt project last year ... I have a fair bit of yardage to use up from that endeavor. :

I happened across some pictures of group quilts that were shown at QuiltCon back in late February in Austin, TX. Two of them looked familiar and, sure enough, my name was listed as a participant. These were two group quilts resulting from the MidAtlantic Mod retreat last year: 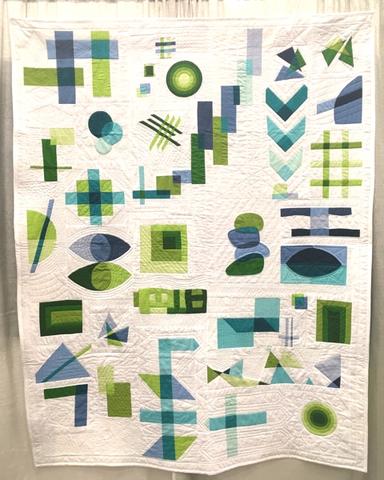 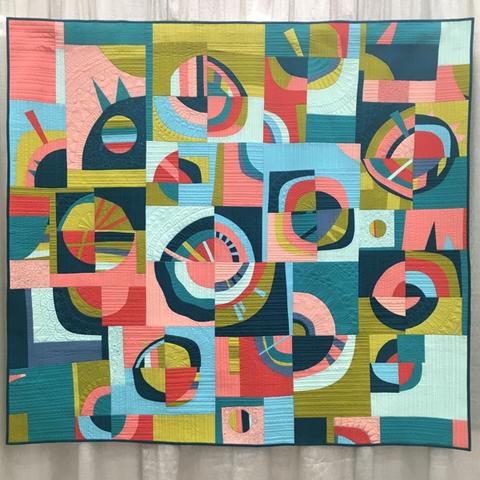 The first quilt's theme was Transparency; the second quilt was, I think, called Quadrants. No, I don't remember which bits I made ... and likely they will have been modified quite a bit by the time the quilt was finished, anyway. :) I enjoy working on group projects like this - always fun to see how other people's brains work.

Tomorrow I will go on working on moving my crap quilting stuff into the new space and sorting it all out. And (fingers crossed) I will start sewing on the next most urgent project - the butterfly wreath pattern testing.